How to do Business in Kuwait 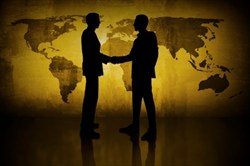 What companies should consider when doing business

Foreign companies wishing to operate in Kuwait without setting up a Kuwaiti registered legal entity may only do so through a Kuwaiti agent. Establishing new business works best with a carefully chosen Kuwaiti partner or advisor, who is able to keep in contact with customers, seek business and provide information on the latest market trends. The success of the relationship with the agent depends upon face-to-face contact and regular communication. Companies providing promotional and marketing assistance to their agent will have an advantage.

Kuwait has a number of industrial areas, the largest being located in Shuwaikh, Sabhan and Shuaiba. Kuwait has its Free Trade Zone located at Shuwaikh port, under the supervision of Ministry of Commerce and Industry. The zone provides facilities for the storage and processing of goods, materials and other related activities, with companies operating there enjoying exemptions from all custom duties as well as streamlined visa procedures.

Market entry and start up Considerations

The basic laws regulating conducting business in Kuwait states that non-Kuwaitis cannot engage in commercial activities without a Kuwaiti partner whose equity holding should not be less than 51 per cent. An exception to this under Law No 8/2001 has been enacted permitting foreign entities to establish Kuwaiti companies with stakes upto 100% foreign equity participation.

The following ways define how a foreign individual or entity may enter the market and carry out business in Kuwait:

As per the Kuwaiti Law, foreign individuals or entities may establish presence in the state through the formation and investment in the following type of companies: 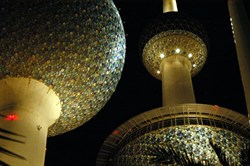 The Foreign Investment Law (No. 8/2001) proposes to regulate foreign investments in Kuwait. Under the law it is intended to allow foreign investors to own up to 100% equity in Kuwaiti companies or ventures for special projects as determined by the Council of Ministers. Prior to the enactment of this law, foreign investors were subject to a ceiling of 49% (maximum) stipulated under the Law of Commerce No. 68 of 1980 and the Commercial Companies Law No. 15 of 1960. The law proposes to do away with such restrictions imposed upon foreign investors.

Tariffs are based on the Harmonised International System (HIS) Code for classification of imports and exports.

Import tariffs in Kuwait are relatively low. A flat rate of 5% is applied to the cost, including insurance and freight of imported goods. Staple foods including rice, wheat and tea are exempt from import duties. Import duties on tobacco are 100% and could be increased in the near future.

Foreign corporate operations in Kuwait are liable to taxation on profits. The Kuwait Government has set a flat rate of 15 per cent which will be levied on the income of any foreign corporate carrying on trade or business in Kuwait.

A Double Taxation Agreement has been signed between the UK and Kuwait. For further details contact the Inland Revenue, International Division.

There is no personal income tax in Kuwait.

The introduction of a sales tax has been discussed many times. It was scheduled for introduction for the fiscal year 1997/98 but this has yet to take place.

The Central Tenders Committee (CTC), an independent government agency attached to the Council of Ministers, is the government authority responsible for pre-qualifying firms, issuing government tenders and awarding contracts. A limited number of government bodies and enterprises (Kuwait University, Kuwait Ports Authority and the Public Authority for Housing Care, Ministries of Defence and Interior) are exempt from CTC supervision and can issue tenders independently.

Consulting contracts do not fall under the purview of the CTC. Invitations to consultants are issued by the Consultants Selection Committee at the Ministry of Planning to the list of consultants registered with the Ministry.

A foreign company bidding for a government contract must be registered to operate in Kuwait and have a Kuwaiti agent.

All government tenders, whether administered by the CTC or by another body are published in Al Kuwait Al Youm, the official gazette. Bids must be submitted to the CTC. A bid bond issued by a Kuwaiti bank of 2.5% to 5% of the value of the bid must be submitted with the bid.

Submitted tenders are evaluated on the basis of price and conformity to the technical specifications issued.

Pursuant to law number 19/2000, any party awarded a direct contract by the public sector, including the military and oil sector bodies, must be in compliance with the minimum ratios for employment of Kuwaiti nationals as designated by the Council of Ministers.

Recruitment consultants/agents play a major role in the placement of workers in a host of occupations in Kuwait. Kuwait has no equivalent of the nationally-organised job centres found in western countries due to which the Ministry of Labour and Social Affairs is responsible for all issues related to employment.

Kuwait is currently trying to balance the need for foreign labour with interests of its local population, and companies are strongly encouraged to hire local nationals wherever possible.

An Arab-British Chamber of Commerce certificate of origin is required for all goods and can be obtained through an authorised British Chamber of Commerce. Certificates of health are required for animals. Department for Environment, Food and Rural Affairs (DEFRA) certificates are required for foodstuffs. No particular format is prescribed for invoices. The declaration of origin should state "We hereby certify that the goods enumerated in this invoice are not of Israeli origin nor do they contain Israeli materials and are not being exported from Israel."

A separate packing list must be provided unless the invoice contains all of the required information. British chambers of commerce are able to advise on the format of packing lists.

All imported goods must be labelled with the country of origin. Foodstuffs should have Arabic or Arabic/English labels and carry the following information:

5  Net and gross weight and

Arabic stickers are accepted by Customs provided they do not obscure vital information on the original labelling.

Getting your Goods to the Market

All exports to Kuwait are subject to pre-shipment inspection. A full inspection service can be provided by SGS United Kingdom Ltd.

Inspection rules change frequently so exporters should check the requirements either with their customer or with the relevant pre-shipment company.

However, certain items are prohibited by the Kuwaiti Government. No goods may be imported from Israel. Alcohol, materials for making alcoholic beverages (hops, malt extracts, wine kits), arms and ammunition, unlicensed drugs and medicines, explosives, pornographic materials, politically subversive materials and pork products are all prohibited.

Beef and other products from cattle from the UK and the Republic of Ireland are also prohibited. The prohibition of alcoholic beverages is strictly enforced.

Authority must be obtained from the Ministry of Health for drugs and medicines. Jewels, precious stones and metals may only be imported subject to approval by the Ministry of Commerce and Industry

Kuwait has its own standards but also uses UK/US.

Kuwait became a member of the World Trade Organisation in 1995, and in 1997 the Kuwait National Assembly also ratified Kuwait's membership in the World Intellectual Property Organisation (WIPO).

A unified Patent Law is now in force for all member countries of the GCC, namely Bahrain, Kuwait, Oman, Qatar, Saudi Arabia and the United Arab Emirates. Applications must be sent to the GCC Patent office Riyadh, Saudi Arabia.

Trademarks may be registered for 10 years and renewed indefinitely for further 10 year periods. Registration takes about three weeks and a fee is payable. If a trademark has not been used for a five year period, an interested party can apply to have it cancelled.

Kuwait is not a party to any of the international conventions relating to copyright.

IP rights are territorial, i.e. they only give protection in the countries where they are granted or registered. If you are thinking about trading internationally then you should consider registering your IP rights abroad.