The Youth Summit of the Non-Aligned Movement (NAM) held in Baku.

Young representatives from more than 60 NAM member states are attending the Summit.

Addressing the event, Azerbaijan’s Minister of Youth and Sports Farid Gayibov has read out the address by President Ilham Aliyev to the participants of the Summit.

The event will feature discussions on various issues, including the NAM Youth Network becoming an international organization.

The Youth Summit of the Non-Aligned Movement (NAM) has become the NAM Youth Organization.

Such a decision was made during the meeting of the NAM Youth Summit held in Shusha, the cultural capital of Azerbaijan.

During the Shusha session, the Statutes of the Non-Aligned Movement Youth Organization, whose permanent secretariat will be located in Baku, as well as the organization's logo and flag were also approved. 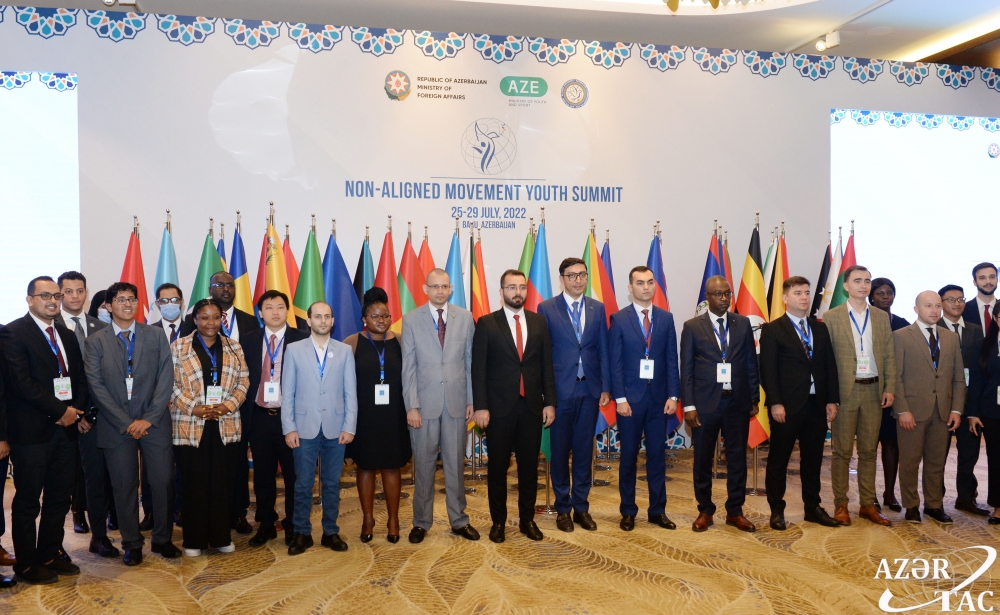 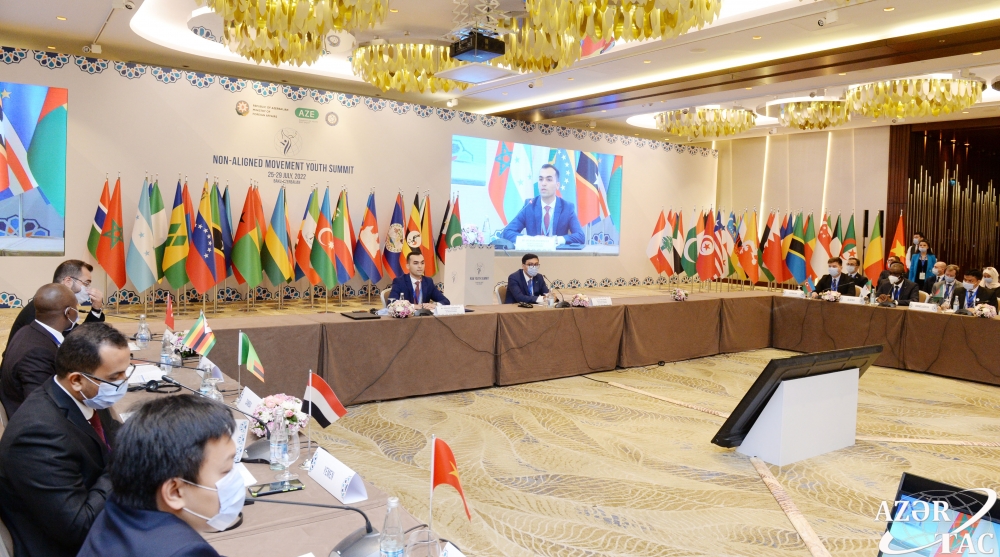