Counselor / Faisal Al-Mutairi participated on the online meeting for the representatives of the diplomatic missions accredited in Baku in charge of trade organized by the Ministry of Economy and in the presence of His Excellency / Roshan Najaf, Deputy Minister of Economy of the Rebublic of Azerbaijan, and Mr. / Yusuf Abdullayev, Executive Director of Azerbaijan Export and Investment Promotion Foundation.

The meeting focused on the measures taken to diversify the economy and develop the non-oil sector in Azerbaijan, and stressed the opportunities for cooperation with foreign countries in priority areas such as the digital economy, agriculture, transport and logistics. It was noted that the Action Plan adopted to minimize the negative impact of the Covid-19 pandemic on the economy includes measures to develop priority sectors, tax and customs benefits for local and foreign entrepreneurs, as well as investment promotion mechanisms. The newly established Azerbaijan Investment Holding will play an important role in implementing projects in the format of public-private partnership and attracting private investment in areas where state-owned companies operate.

The importance of organizing such meetings on a regular basis, informing the representatives of the foreign diplomatic corps about important economic measures implemented in our country, innovations in economic legislation was noted at the event.

A presentation on Azerbaijan's economy, business and investment opportunities was made at the meeting. 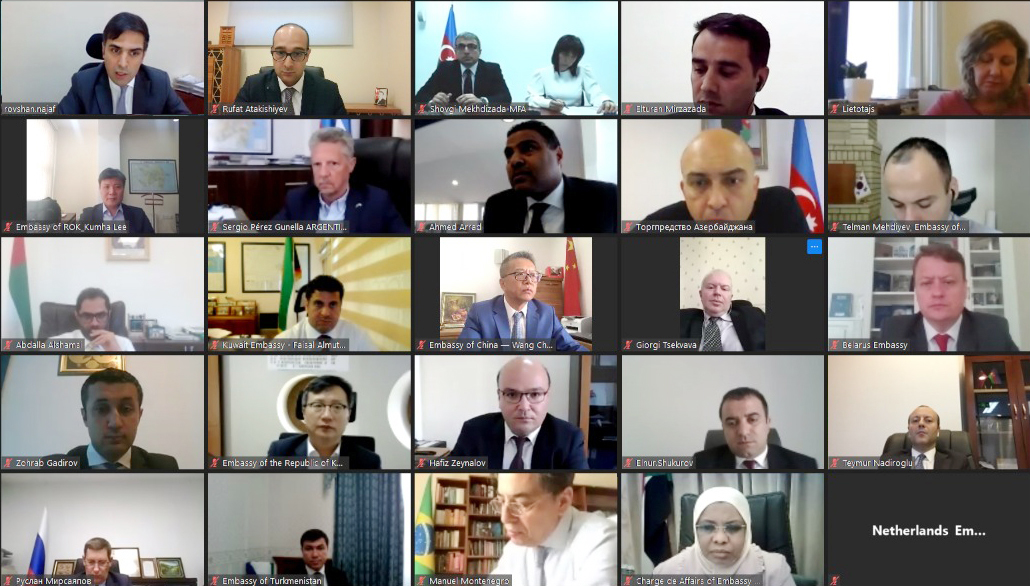