H.E. Mr. Saud Abdulaziz Alroomi, the Ambassador of the State of Kuwait in Baku met Mr Mubariz Gurbanli Chairman of the State Committee for Work with Religious Organizations.

Mr. Faisal Almutari, Counselor and Deputy Head of mission of the Embassy accompanied the Ambassador.

Following the exchange of greetings and curtesy, the Chairman of the Committee spoke about the history of friendly and fraternal relations between Azerbaijan and Kuwait and the current state of diplomatic relations. He said that today the Islamic world occupies a special place in the international community and Islamic countries are united in the Organization of Islamic Cooperation. Touching upon the successfully developing relations between the two countries, Mubariz Gurbanli said that Azerbaijan and Kuwait have high level cooperation in the framework of the OIC and bilateral.

Gurbanli also noted that the visit of President Ilham Aliyev to Kuwait in 2009 with a large delegation contributed to the development of relations between the two countries.

Noting that Kuwait and Azerbaijan are friendly countries and our relations are on the rise, Ambassador Saud Abdulaziz Alroomi said that Kuwait has always been in favor of Azerbaijan. The Ambassador noted that bilateral relations between the two countries at various levels have been strengthened over the past years, including intergovernmental agreement on air communication. It also contributes to the further strengthening of the fruitful cooperation of our countries in the economic, trade, investment and tourism spheres. The ambassador said more than 30,000 Kuwaiti citizens made a tourist visit to our country last year.

At the end of the meeting in the atmosphere of mutual respect and sincerity, the Ambassador thanked the Chairman of the State Committee for the warm reception.

At the end of the meeting, other issues of mutual interest were discussed, the Ambassador was presented books published by the SCRA on Arabic religious tolerance in our country. 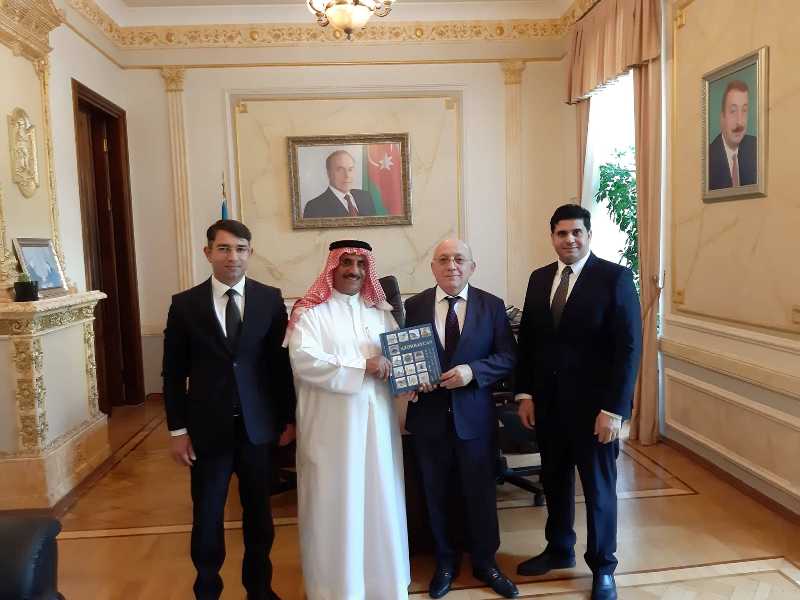